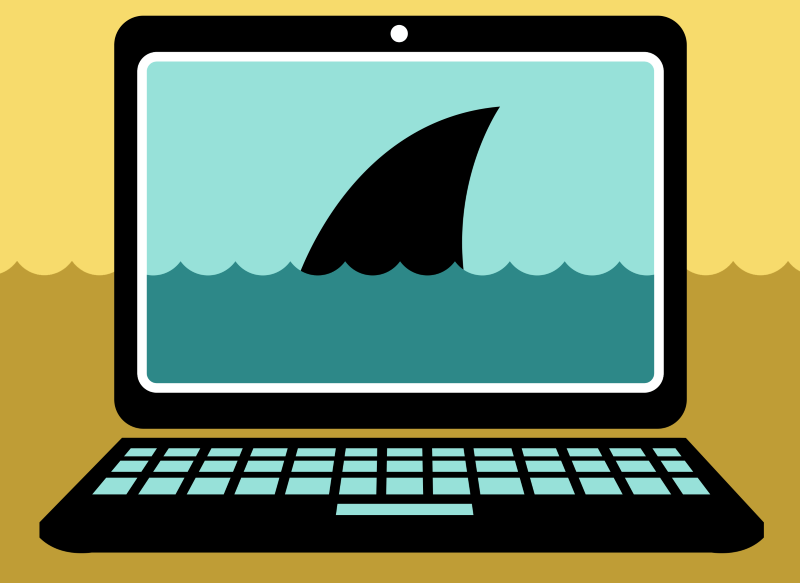 It seems like every day our daily use of computers, and even more so the internet, increases. The internet can be a very scary place at times with hackers and viruses everywhere. We would like to take a few minutes and discuss how you can keep your devices safe from such threats.
First of let’s talk about the different kind of threats that can be found on the internet.

Now these all sound dangerous and scary and in most cases, they are, but there are ways to defend against these nasty guys. An antivirus, is a program designed to find and destroy viruses. Once installed, an antivirus will scan things such as, incoming emails, downloaded files, and installed programs. If it finds anything malicious, it will quickly disable and remove it.

Most antiviruses these days come with a feature known as heuristic analysis. You may be more familiar with the term behavior monitoring, but they are essentially the same thing. This means that the antivirus is monitoring the behavior of running programs to make sure they are not doing anything malicious. With this feature in place, your antivirus can protect against malicious programs it does not yet recognize.

One question we get quite a bit in our office, is “Do I need an antivirus on my phone or tablet?”. You do not need an antivirus on these kinds of devices. When you install programs (apps) on smartphones and tablets you generally go the App Store or the Google Play Store. Both marketplaces have a filtering system in place for new apps that are uploaded to the store and anything malicious is not allowed.

Note: On an android device, there is an option in the security section of the settings app that allows you to “install from unknown sources”. This option lets you install apps on your device from places other than the google play store which is a huge security risk considering that not every source for apps has the filtering system in place.

Now that you know a little bit more about antiviruses, let’s talk about which one you should. There are tons of different antivirus programs available on the internet, so deciding on one can be difficult. Any free antivirus out there will generally not provide you with enough protection to defend against many of the obscure threats. Choosing an antivirus that doesn’t have behavior monitoring or heuristic analysis would also leave you at a higher security risk. At Click Computers we have found a handful of antiviruses that have served us well over the years and tend to do a very good job of keeping viruses of a computer.

The first is Windows Defender (known as Microsoft Security Essentials on Windows 7) This is a free antivirus program provided by Microsoft. It comes preinstalled on Windows 8 and Windows 10 but disables itself when it detects another installed antivirus. Windows Defender, although a free antivirus, does a decent job of finding and removing infections. It doesn’t have any of the advanced features that would be found in a paid antivirus.

G Data is a paid antivirus program that does an excellent job of keeping malware off of your computer. Like most antivirus programs, there is no onetime fee. Instead you must renew the program every year. This insures that the creators of the program will continually update it to ensure that it is effective. We sell G data in our shop with a single user license starting at $34.95 a year.

Although a hassle, an antivirus is one of the most crucial pieces of software on a computer today. Without it, you are vulnerable to countless malicious attacks. If you don’t have an antivirus on your computer or are interested in switching to a separate antivirus, feel free to give us a call. We would be glad to answer any question that you may have.